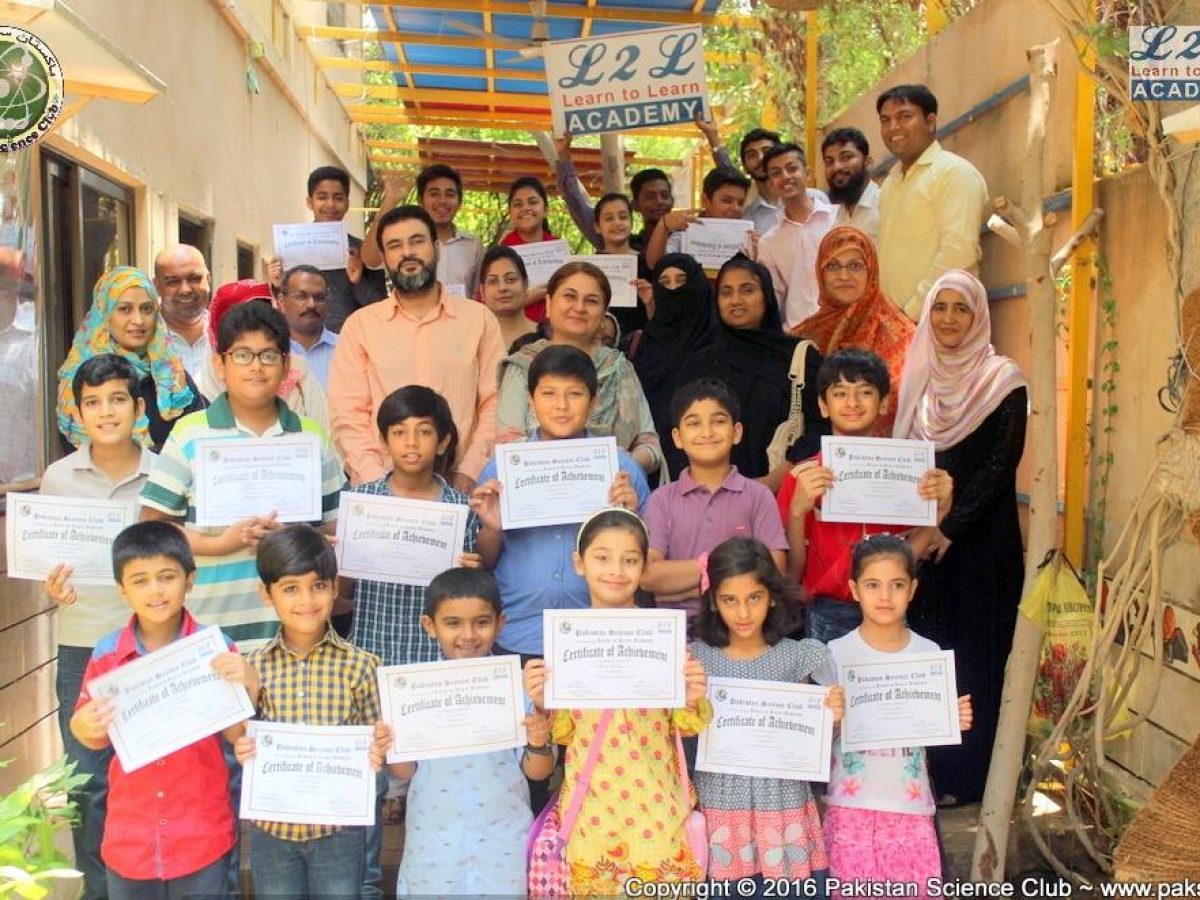 Pakistan Science Club as per her tradition organizes 12thSummer Camp as Science Technology Engineering and Mathematics Camp 2016. The STEM Summer Camp was a unique blend of Science and technology, engineering and mathematics by involving young souls in interactive and hands-on activities. Where learning, trill, fun and recreation made every day special.

The day started with fun and science magic activities; putting forward a challenging question and demonstrating it and exploring why it does so?  The Campers explored the science and logic behind them and discuss their views on it. Later on, they were guided to do hands-on science activities regarding basic science as individuals, as teams to develop team working and leadership skills in them, and in the end they presented and explained their projects to the group mates helped to build their presentation skills as well.

The junior scientist group, projects and competitions related to basic science and engineering fields such as mechanical, civil, electrical, and robotics are designed for the students. The fundamental concepts and principles along with their application in these fields were explained to students. The hands-on activities helped them to understand the concepts of robotics, wireless electricity, wind turbine, hydraulic lift, and water rocket, and D.C motor, holograph. The group projects include bridge building, solar car, bridge building and hovercraft.

The Young scientist group activities address the basic concept about different engineering fields such as mechanical, electrical, civil and computer science etc. and the application of their various concepts like aerodynamics, induction, and diffraction and interference phenomenon in these projects. Students worked by themselves and participated in different competitions in teams or groups for team development skills and the explanation of the projects helped them to enhance their confidence, presentation and communication capabilities.

The STEM Summer Camp 2016 was concluded by a certificate distribution ceremony. The event commenced by the recitation of the Holy Quran by PSC team member Aiman Rasheed, The principal of Learn to Learn Academy Ms. Sara open the ceremony by her welcome address.

The editor PSC Syed Hammad gave an overview of the STEM Summer Camp 2016. Camp highlights were presented in form of a comprehensive video. It included the camp activities, demonstrations and presentations by the campers. The chief guest of the event was Dean CBM, CES Dr. Irfan shared his views about STEM Summer Camp 2016. He especially praised the work of Pakistan Science Club and Learn 2 Learn Academy. The director Learn 2 learn Academy Dr. Irfan did the honors for the certificate distribution of little scientists.

STEM Summer Camp 2016 was a great learning experience. It brought some of the greatly talented science stars to the limelight. The camp activates were deeply appreciated by parents.