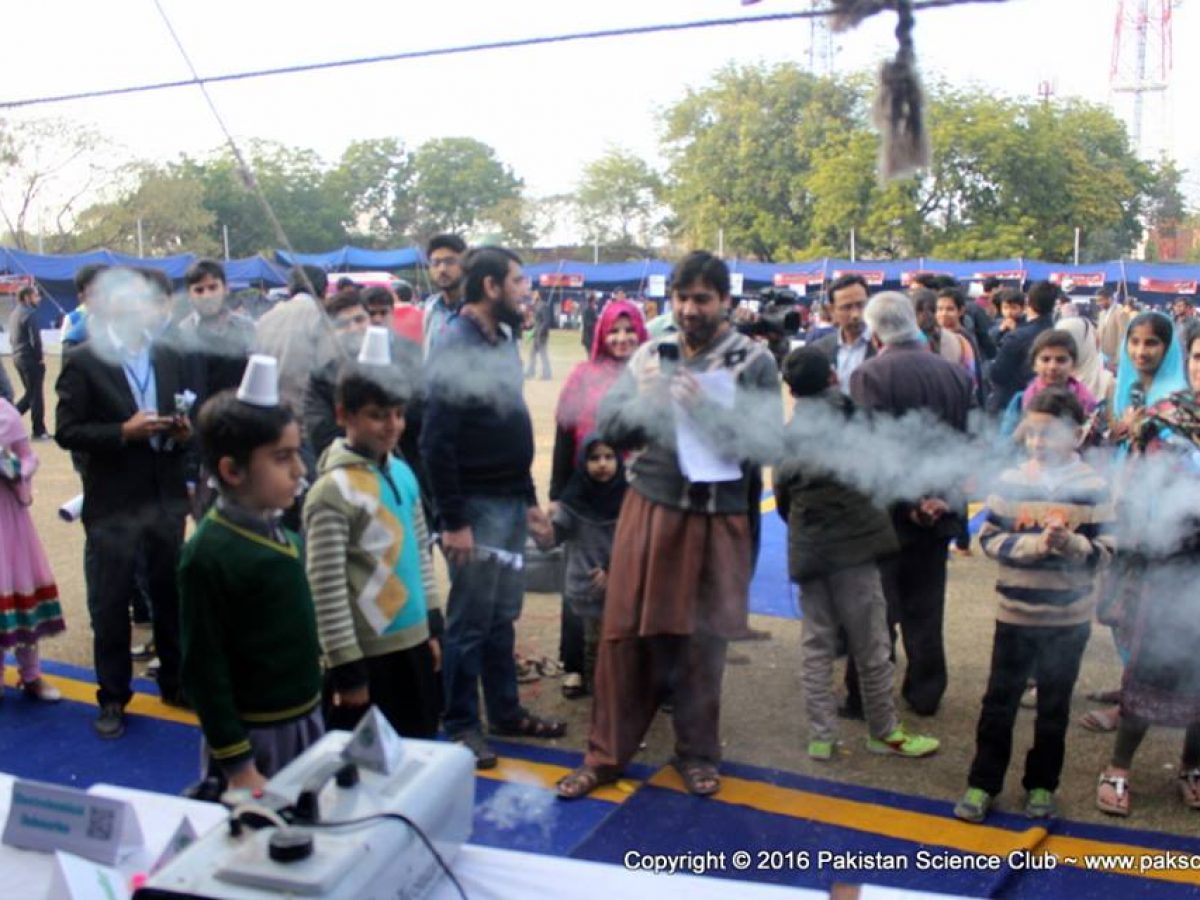 Lahore science Mela 2017 was held on the 28 & 29 of January 2017 at Ali Institute of Education by Lahore University of Management Sciences in collaboration with Khwarizmi Science Society. From all the projects of Science Mela, the concept was the same science is for all. A large number of science stalls, more than 70 from all over Pakistan were displayed there, some of them were Khwarizmi Science society, WWF Pakistan, UET Lahore, IBA Sukkur community colleges, LUMS, ROBO Kids, Science Fuse, COMSATS, PCSIR and many other.

Students with their families visited the stalls and showed their great interest in all of the activities; especially the most fascinating one was the Water Rocket Launching. The awareness documentaries presented by TDF on the importance of wild and forests were remarkable and appreciated by all. Two documentaries entitled Margalla Hills National Park and Chitral Goals National Park were presented in Ali Institute Auditorium. The brief description of the activities and projects displayed at the Lahore Science Mela are as under:

They have also termed vortex rings; it is an excellent demonstration to describe the Bernoulli principle which shows the relation between speed and pressure of the fluid. Visible circular rings are formed and travel in a straight line as they spin around their own axis creating a wonderful and worth seeing phenomenon for the audience.

It is one of the entertaining demonstrations that wonderfully explain the concept of acid, its sources, advantages, and its disadvantages. How does it reacts with other substances and what are its effects on them?

To make and launch a water rocket is an interesting and fun-filled activity. Being a model, water and pressurized air will be used as fuel and it helps students to understand the effective use of pressure along with the significance of projectile motion and aerodynamic structures.

To transmit electricity without any wire and see the glowing bulbs is one of the most fascinating experiences for students. Tesla coil is a project that focuses on the induction phenomenon and helps the students to learn about the concepts of the electric and magnetic fields, how they are related to each other and how are they produced.

Among all demonstrations, the water rocket was the most energetic, thrilling, and interesting activity, not only for the students but for the parents as well. People from all age groups enjoyed it alike. 4 rockets were launched after every half hour and students along with their parents delightfully joined the launching and enjoyed it a lot.

The robotic arm was a pre-programmed automated robot. It is a small-scale copy of an industrial robot that is put to task to perform a certain command infinite times.

it is another kind of industrial robot which is tasked to copy an action. It is widely used in medical facilities to perform function on very small and precise scale.

It is a research-based project providing emergency solutions for lighting. It is not powered by any kind of battery or external electrical power source. It works on an electrolytic solution.

This is wirelessly controlled 4×4 car which is controlled by Bluetooth. Its remote is an android mobile it includes a microcontroller.

It is a replicator of a computer numeric controller CNC machine. It runs on machine language used by laser cutter, water jet cutters or industrial plotters.

It is an electrochemical submarine whose bouncy control is managed chemically.

The sun tracker is a device that is used to track the movement of sun.

A research-based project which is actually an innovation for the efficiency of a vertical axis wind turbine.